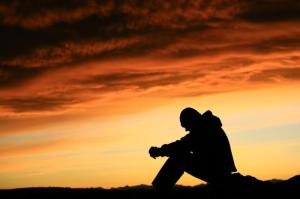 The Gospel reading for today features the young man who asks Jesus, “What good must I do to gain eternal life?” After a brief conversation about keeping the ten commandments, Jesus tells him the final thing he must do to gain that which he seeks, telling him, “Sell what you have and give to the poor, and you will have treasure in heaven. Then come, follow me.” At hearing this, the young man leaves, saddened due to his inability to perform this final task, due to his very large number of material possessions.

Pope Francis said in November of 2013, “I can say that the most beautiful and natural expressions of joy which I have seen in my life were in poor people who had little to hold on to.” What a contrast with the saddened young man in Matthew’s Gospel. Unfortunately, we continue to be misled by the lie that our possessions can bring us true joy. The reality is  often times it is the possessions that possess us. The question here for the young man is not simply what does he own, but instead, “Who or what owns your heart and soul?” The answer lies in the expressions of joy that Pope Francis sees in some of the poorest of the poor, for their heart and soul has been given to a much greater power than anything that can be found on this earth.

When we contemplate stewardship at it’s most basic level, we see it is about to whom do we belong. A person cannot serve two masters. A good steward sees that not only does all he has been given belong to God, he himself belongs to his Creator. Free will does allow us to disregard that reality, but that path leads to the sadness of the young man. Embracing the reality that we are His children and we belong to Him leads to the natural expressions of joy that Pope Francis speaks about. Today, what choice will you make?