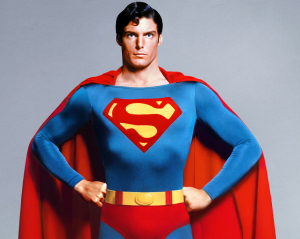 I remember when the first Superman movie came out. It was 1978 and it seemed quite awesome to this 10-year-old boy they were making a movie out of a comic book superhero. Nowadays, the movie landscape has completely changed. There are superhero movies being released all the time. Not only that, superhero culture is now completely in the mainstream. Everybody goes to see these movies: young and old, male and female, geeks and those from the in-crowd. It would seem that superheroes appeal to people across the board.

In the Church, our heroes are the saints. However, not many movies for wide release are being made about saints or saintly people. Many of them have lived superhero lives by embodying the Beatitudes and giving themselves completely to God, yet they remain virtually unknown to the masses. For one thing, the greatest of God’s stewards do not look different from you and me. They do not wear special suits or fly over buildings. They do not stop speeding bullets or exhibit superhuman strength. In fact, many of them have died as a result of trying to be a superhero for God. That’s not very impressive to a culture that seeks immortality in this world and sees the idea of God as a construct for the weak. Secondly, their power is not their own. All their power comes from Jesus Christ and a relationship with him and his community. That’s not so appealing to a culture that idolizes specimens of rugged individualism.

But in the end, all will know these saints. All of humanity will see God and the truth about those who have embraced the Gospel will be revealed: they were truly the real superheroes all along. I am no longer a 10-year-old boy that pretends to be Superman. Now I am a grown man who aspires to be like those saints who have gone before me, and maybe one day, God willing, my true identity as a superhero will be revealed as well.